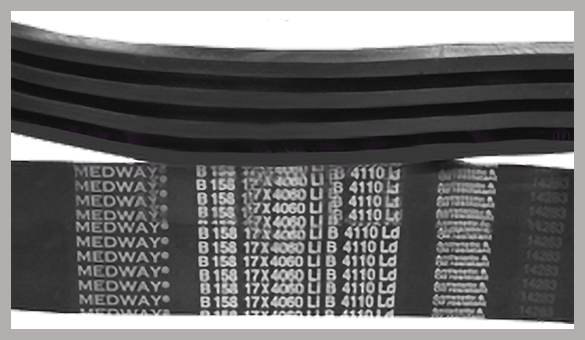 Banded V-Belts are sets of belts assembled, incorporating all of the features of standard belts, the belts are joined to form a band giving additional features; no flapping during abrupt load variations, no possibility of turning over and are ideal in high vibration applications. Part numbers are designated by their cross-section, e.g. SPB followed by a number e.g. 2000 which specifies the belts pitch length, followed by e.g./4 which specifies the number of bands.

Should you require further information please feel free to call: 01233 542461